Many people mix drugs and alcohol either out of ignorance or in a deliberate attempt to intensify a high. Some people know the dangers of drinking and using illegal drugs but they don’t realize that prescription or over-the-counter medicines can also be dangerous. Mixing drugs and alcoholic beverages can lead to drowsiness, poor coordination, and other more serious health problems. This blog post will outline what happens when people mix alcohol with various illicit drugs and medications. If you or a loved one has problems with drug or alcohol use, reach out to a treatment professional for advice.

What Happens When You Mix Illicit Drugs and Alcohol

If you drink alcohol, one of the most dangerous things you can do is also use illegal drugs. Drugs can exacerbate the side effects of alcohol. However, they can also mask its effects and make people think they’re actually sober. In any case, the combination makes people more likely to engage in risky behavior. Many people who are addicted to alcohol are also addicted to drugs. Addiction to multiple substances puts users at greater risk of experiencing negative outcomes than being addicted to one substance.

Marijuana has been found to increase impairment when it is used with alcohol. Drinking before using alcohol can increase the absorption of THC. This can create a more intense high but it can also lead to nausea, vomiting, and dizziness. It’s possible that drinking after using weed can delay feelings of intoxication.

Cocaine makes some side effects of alcohol worse. For example, it impairs memory, coordination, and motor function. Mixing these drugs also increases heart rate and causes stress on the heart. The combination also creates a toxic by-product called cocaethylene that causes damage to the liver and heart.

MDMA can hide the effects of alcohol and make people feel like they’re sobering up. However, their motor skills and driving performance may be just as poor as someone who only used alcohol.

The Dangers of Mixing Medications and Alcohol

Many medications carry a warning that says they shouldn’t be used with alcohol. Medicines often cause some adverse side effects but in low doses, they’re usually safe. However, when used in large doses and/or used with alcohol, they can be harmful. Even something as common as Tylenol can cause liver damage if misused or abused. Let’s look at how some drugs interact with alcohol.

When prescribed opioids like hydrocodone and oxycodone are used along with alcohol, they can cause a person to stop breathing. Heroin also causes similar effects. Alcohol can increase the risk of an opioid overdose since it can cause extended-release opioids to distribute the entire dose all at once.

Xanax or Valium paired with alcohol can cause an individual to pass out and stop breathing. Benzodiazepines and alcohol are powerful on their own but when combined, the effects are even more intense. Mixing Xanax and alcohol can cause dizziness, drowsiness, memory loss, loss of consciousness, and even death.

Ambien, Sonata, and Lunesta help people to fall asleep by slowing brain activity. Unfortunately, when sleeping pills are combined with alcohol, they can impair coordination, affect memory, and cause the user to lose consciousness.

Many of the ingredients in cold and allergy drugs can interact dangerously. Those with dextromethorphan or codeine can lead to dizziness, drowsiness, or overdose if used with alcohol. Antihistamines like brompheniramine or Claritin can also have a similar effect.

You should never drink while you’re taking antibiotics. Doing so can weaken your immune system and make it more difficult for you to fight illness. Alcohol mixed with Flagyl (metronidazole) or Tindamax (tinidazole) can also lead to chest pain, anxiety, dizziness, and heart problems. Organ damage can occur in some situations.

Adderall and similar drugs help people with attention-deficit/hyperactivity disorder to concentrate better. However, if paired with alcohol, it can make it difficult for them to focus. Heart and liver problems can also develop.

Reach Out to Asheville Recovery Center Today for Help

As you can see mixing drugs and alcohol is dangerous both in the short and long term. If you’re taking prescription or over-the-counter medications, you need to follow the instructions. If you’ve developed a problem with drug or alcohol use, or you are currently Googling “alcohol rehab near me”, you need to reach out to the treatment professionals at Asheville Recovery Center. We’ll help you to get to the bottom of the problem and support you in your recovery journey. We offer a variety of treatment options that are tailored to each client. No matter how long you’ve been addicted to drugs or alcohol, we can help you. Contact us today.

Not everyone who uses a drug develops an addiction. That may be one of the reasons why some people think drug addiction is the result of weakness. However, it is a chronic disease that causes long-term changes to the brain. Research has shown that there is no single factor that causes drug addiction. However, there… 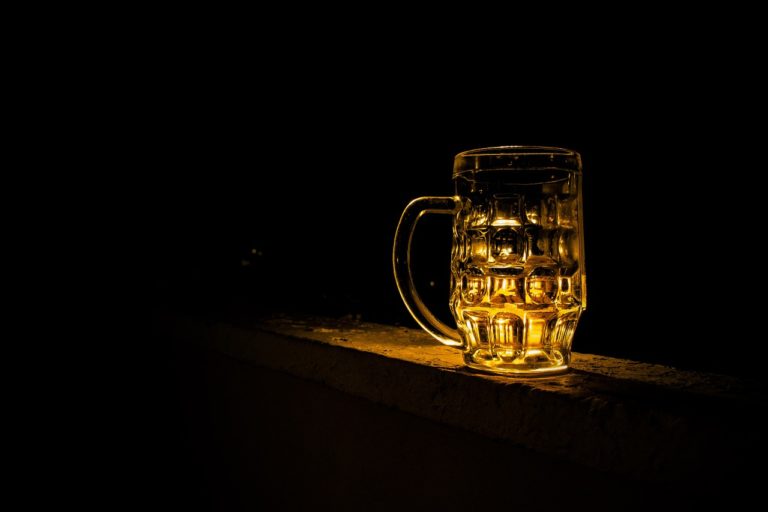 Alcohol affects a great deal of the human system. It affects your brain without anyone knowing until it’s too late. Unlike the liver which is a primary concern with drug abuse, the brain takes a while for the harm to show up. The effects of abuse are sneaky. If you’re worried about the effect of…

Many addictive substances can ultimately lead to an overdose if abused. The more potent the substance is, the more likely an overdose will occur. If you or a loved one is struggling with substance addiction, it is important to know the dangers of abuse, the symptoms of overdose, and what to do if someone has…

At first glance, codeine can seem pretty harmless. It’s a prescription drug that doctors sometimes recommend for mild to moderate pain. It’s also the active ingredient in many well-known prescription cough medicines. While it has clear medicinal uses, codeine is an opioid. This means it’s the same type of drug as heroin, oxycodone, or morphine….

Almost everyone has heard about the high rates of opioid abuse, addiction, and overdose in the United States. If you’re currently taking prescription opioids or your doctor has discussed them with you, you may be wondering if you should take them. Opioids are highly addictive but for some people, they’re the best treatment option. You…

Cocaine addiction is a common form of substance abuse and dependency that affects millions of susceptible individuals worldwide. Cocaine, also known as coke, is a stimulant drug derived from the coca plant.  The leaves are then processed into a powder, which can be snorted or injected. In a report made by the National Institute on Drug…