MDMA is a synthetic psychoactive drug that’s used for recreational purposes. It affects mood and perception and provides feelings of pleasure, emotional warmth, and increased energy. MDMA rose to popularity in raves and the nightclub scene but it is now more widely used. It is more commonly known as molly or ecstasy.

Molly is a crystalline substance or white powder while ecstasy is a designer drug that comes in the form of a capsule or tablet. People often believe molly is a pure form of MDMA. However, sometimes what they purchase is actually synthetic cathinones, commonly known as bath salts. Both molly and ecstasy can be cut with other substances including caffeine, heroin, cocaine, LSD, amphetamine, and rat poison.

Sometimes, people deliberately take MDMA along with alcohol or marijuana. MDMA can be dangerous whether used alone or in combination with other drugs. To understand the dangers of MDMA, you need to know how this drug affects the brain. If you or someone you know is struggling with using molly or ecstasy, you need to seek help from a treatment professional.

The Dangers of MDMA and its Effect on the Brain

MDMA increases the activity of serotonin, dopamine, and norepinephrine. Serotonin affects sleep, mood, appetite, and other functions. It also activates hormones that affect trust and sexual arousal. When large amounts of serotonin are released, MDMA users feel empathy, elevated mood, and emotional closeness. This can lead to risky sexual behavior that increases the risk of developing a sexually transmitted infection, especially when used with Viagra.

Meanwhile, norepinephrine causes an increase in blood pressure and heart rate. This can be especially dangerous for people who have heart and blood vessel problems. Dopamine is responsible for producing increased energy and reinforcing behaviors by acting on the brain’s reward system.

Other dangers of MDMA include health issues like blurred vision, muscle cramping, nausea, involuntary teeth clenching, chills, and sweating. The effects of MDMA typically last from three to six hours and many users take another dose when the effects begin to go away. After moderate use of MDMA, over the course of a week a user may experience:

Some of these effects result from pairing MDMA with other drugs, especially marijuana.

High doses of MDMA can also reduce the body’s ability to regulate temperature. If a spike in body temperature occurs, it can cause kidney, heart, or liver failure or even death.

There are varying opinions among clinicians and researchers about how addictive MDMA is or whether it is even addictive. Some studies indicate that while the drug is addictive, it is not as addictive as other drugs. There is not as much research on ecstasy as there is on other drugs. However, there are reports of individuals who became addicted. Even though MDMA may be less addictive, addiction is still a serious problem.

Recognizing that addiction may be difficult. Individuals don’t present the withdrawal symptoms associated with other drugs. Still, continued use of MDMA can lead to physical and psychological dependence. An addict will keep using the drug even though it has negative consequences. They may also express a desire to stop using ecstasy but be unable to do so. Developing tolerance, using more than intended, and spending lots of time trying to get the drug are also signs of addiction. Ecstasy may be just one of the substances a person is using that’s causing dependence.

Identifying an ecstasy addiction is just the first step in overcoming the problem. If you’re addicted, you should seek professional help. If you notice signs of addiction in a loved one, you need to talk to them and encourage them to get treatment. Since some people believe ecstasy is not addictive, some users won’t admit they have a problem. However, if someone you care about is prioritizing drug use over everything else, you need to express your concern. Unlike some drugs, an individual can quit ecstasy without medical assistance and not experience any significant health problems. However, a medically supervised detox can reduce some of the withdrawal symptoms.

The physical effects of MDMA withdrawal are usually mild and not life-threatening. However, the psychological symptoms can be serious. Symptoms may include:

These symptoms tend to peak within a few days of quitting the drug and last for about a week. Depression, cravings, and other psychological symptoms can last for weeks or even months.

Recovery is possible no matter how long you’ve been struggling with addiction. Many people find that inpatient treatment gives them the best chance of recovery. However, every person is different. At Asheville Recovery Center, we offer a range of personalized treatment options. Call us today to set up an appointment. Can I overdose on Xanax? This is a question many people ask. Although it is a prescription drug, overdosing on this drug is very possible. Typically, the more potent a substance is, or the more it is taken, the more likely it is that an overdose will occur. If you or a loved one is…

Adderall abuse can be concealed for a while, making this addiction both a dangerous and insidious one. Indicators of substance abuse are usually evident during advanced stages of addiction, however, they are noticeable early on if you know what signs to look for. Approximately 4 percent of Americans met the criteria for a substance use…

Ask 100 people how they maintain long term sobriety, and you will likely get 100 different answers. A heated area of debate is in regards to total abstinence. On a public health level, addiction is often treated with Medication Assisted Treatment (MAT). The concern is less with a total life change, and more about less… 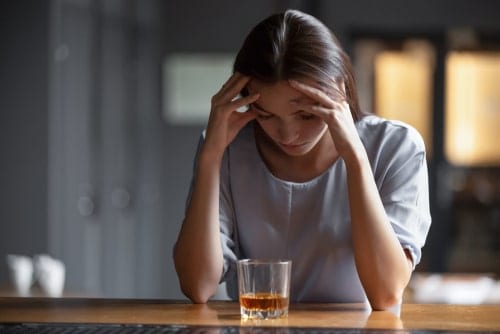 When the average person thinks of alcoholism, they may assume that all alcoholics are the same. However, the National Institute on Alcohol Abuse and Alcoholism has determined that there are five distinct subtypes of alcoholics, based on their research. Knowing the different categories can help you to identify signs of alcoholism in yourself and your…