Many addictive substances are classified as either “uppers” or “downers”.  Uppers are stimulants while downers are depressants. These terms refer to the physical, mental, and emotional reactions an individual experiences while intoxicated by a specific substance. As stimulants, uppers produce an increase in energy, feelings of invincibility, and sharpened focus while downers act as depressants, inducing lethargy, feelings of euphoria, and relief from discomfort.

While the reactions are oppositional in nature, both uppers and downers are equally capable of inflicting damage to the user.  Complications associated with uppers include rapid heart rate, high blood pressure, and aggression whereas downers contribute to breathing suppression, low blood pressure, and impairment of motor skills.

Click here to take our Xanax Addiction Quiz and find out if you’re at risk!

Is Xanax an Upper or Downer?

Xanax is a benzodiazepine, classifying it as a downer. Clinically known as alprazolam, Xanax is a commonly prescribed medication in treating anxiety and panic disorders. Currently, there are over 20 million active prescriptions in circulation, making it the 37th most frequently prescribed substance in the United States. According to the University of Virginia’s Department of Psychiatry and Neurobehavioral Sciences, Xanax carries high misuse liability and it is shown to result in a more severe withdrawal syndrome than other benzodiazepines, even when tapered according to manufacturer guidelines.

According to the Center for Disease Control, around 18 million people misuse prescription drugs like central nervous system depressants (CNS depressants) each year. Among people aged 12 or older in 2020, an estimated 0.4% (or about 1.2 million people) had a prescription tranquilizer or sedative use disorder in the past 12 months, and in 2019, approximately approximately 14,139 people died from an overdose involving prescription opioids. Since 2019, addiction and overdose rates have continued to climb.

Downers—or depressants—are used to treat a number of conditions, such as insomnia, anxiety, panic disorders, stress, sleep disorders, pain, and seizures. The three main types of downers, sometimes also referred to as central nervous depressants, are hypnotics, sedatives, and tranquilizers. Alongside Xanax, some common downers include alcohol, other benzodiazepines like Ativan and Valium, sleeping medications like Ambien and Lunesta, barbituates, and opioids like fentanyl, heroin, hydrocodone, and methadone.

Downers pose a different set of side effects and risks than uppers.  Downers slow the mind and body down, and if taken in too high of a dosage, can slow the body to a stopping point. One of the greatest dangers of downers is the risk of ceasing to breath due to depression of the respiratory system. Mixing downers with any other drugs can be very dangerous and increase risk of overdose.

Side Effects of Xanax

Xanax produces a high in which the user experiences:

When used in excess or for a prolonged period of time, there is a possibility of experiencing the following:

As a medication, Xanax poses little risk when prescription guidelines are followed; however, abuse of this benzodiazepine often leads to serious health concerns. Having a high potential for abuse, Xanax stimulates the brain’s GABA receptors which are responsible for producing a sense of calm. After prolonged or excessive use, the brain becomes dependent on the substance to continue GABA functioning. Because of this dependence, seizures and other serious withdrawal symptoms may occur with abrupt Xanax discontinuance.

In addition to the risk of developing seizure disorders, prolonged Xanax use has also been linked to the premature development of dementia. According to a study conducted by Harvard Medical School, the risk of developing dementia increased by 32 percent for people who had used benzodiazepine medications like Xanax for 3-6 months and by an alarming 84 percent in those who used it longer than six months.

Xanax abuse can cause many adverse reactions when abused on its own, but combining this benzodiazepine with other substances is extremely dangerous and one of the most common causes of overdose. When combined with alcohol, heart and breathing rates plummet, resulting in cardiac or respiratory suppression or arrest.  According to the Substance Abuse and Mental Health Services Association, the estimated number of Xanax-related emergency department visits doubled from 57,419 visits in 2005 to 124,902 visits in 2010 with 19 percent involving Xanax only and 39 percent involving a combination with another drug, most commonly alcohol.

According to research, alprazolam—or Xanax—is not only the most commonly prescribed benzodiazepine, but it is the most commonly prescribed psychotropic medication in the United States. More than 48 million prescriptions of the drug were dispensed in 2013. This high level of prescription persists despite the fact that Xanax has a high “misuse liability,” meaning there a high likelihood, due to its make-up, of people misusing it.

Xanax has also been shown to have more severe withdrawal symptoms than other benzodiazepines, even when tapered or weaned off appropriately, under the direction of a doctor.  According to SAMHSA, alprazolam is the second most common prescription medication—and the most common benzodiazepine—to contribute to emergency department visits, due to the drug’s misuse.

Xanax is a highly addictive depressant that has the potential to cause irreversible damage when abused. It is important to seek help immediately if you or a loved one is struggling with this addiction. At Asheville Recovery Center, treatment specialists have developed a unique, hybrid model of treatment which combines a traditional 12-step program with holistic rehabilitation. A multitude of services, programs, and therapies are offered, including the Partial Hospitalization Program, Residential-style treatment, outpatient rehabilitation, and more. It is well-known that opioid use can be dangerous. While prescribed opioids can bring much-needed relief to patients who are in severe pain, they also present risks. If you or a loved one is addicted to opioids, you need to know that other health issues could be looming. You need to get professional help in…

Regardless of the addiction, recovering from any form of substance abuse can be very difficult. Due to there being many addictive substances available today, many people struggle with the disease of addiction. Fortunately, recovery from addiction is possible. Depending on the drug that had been abused, different treatments may be required.  Dangers of Percocet Addiction…

Living with an addiction problem isn’t easy. Your body becomes dependent on a substance and feels like it can’t function without it. This is physically and mentally exhausting. But, there are several ways to become free from that lifestyle. Many people have found complete freedom through alcohol addiction therapy and treatment. Of course, everyone has… 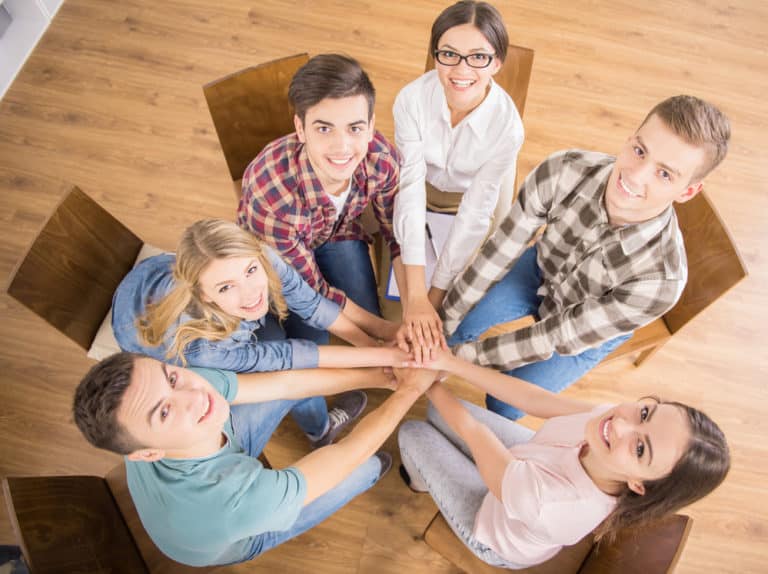 When people hear the word “rehab”, they often think of Florida and California.  These states have some of the highest concentrations of treatment centers in the world. However, there are other options, one of which is North Carolina.  From the beaches of Wilmington, to the mountains of Asheville, North Carolina is quickly becoming the next…