In recent years, people have begun researching just how addiction changes the brain. Since the 1930s, researchers thought that addictive behavior was caused by a moral shortcoming or lack of willpower. They believed that if addicts were punished or encouraged to quit their habits, they would be able to overcome their problems.

However, the scientific consensus has changed since then. Addiction is now recognized as a chronic disease that changes both brain structure and function. It begins with the recognition of pleasure and ends with a desire for compulsive behavior. Continue reading to see the many ways addiction changes the brain.

What do Drugs do to Your Brain?

There are a number of different types of brain damage that can be incurred due to drug or alcohol use, ranging from minor damage to brain cells to severe physical damage. The effects can be more serious and/or persistent in some cases, such as brain hypoxia due to drug overdose. Others can include reversible changes in white matter and brain atrophy (brain shrinkage).

There are a number of factors that influence how the brain responds to addiction, including the kind and quantity of drugs employed, the frequency of use, and the stage of dependence that has developed. An individual using Cocaine, for example, will experience a feeling of euphoria as a result of the drug’s psychoactive properties. The brain’s pleasure and motivation center is stimulated by Cocaine.

The chemical dopamine is released in the brain, causing it to feel really good. It creates a strong desire to keep using. Individuals can become consumed with abusing a substance to maintain their habit, no matter the cost. This powerful grip of substance abuse can lead to unpredictable behavior; this may concern friends and family.

Addiction has an enduring effect on the brain that manifests in three distinct manners: craving for the substance of addiction, losing control of its use, and continuing to engage in it despite bad consequences. For years, experts believed only substances of high potency could cause addiction.

However, recent neuroscience discoveries on neuroimaging technology and additional research have shown that certain pleasurable activities, such as gambling, shopping, and sexual intercourse, can also seduce the mind.  Because of this, there is growing agreement that these might be manifestations of the same underlying brain process.

Addiction significantly impacts the following parts of the brain:

What Areas of the Brain Influence Addiction?

The brain controls temperature, emotion, decision-making, breathing, and coordination. It also impacts physical discomfort, cravings, compulsions, and behavioral habits, as well as the physical sensations in the body. When the limbic system is affected by a harmful chemical, individuals abusing substances like Benzodiazepines or Heroin can alter their brain functionality.

Activation of the nucleus accumbens, a cluster of nerve cells located behind the cerebral cortex, is associated with all forms of pleasure, whether induced by drugs, monetary rewards, sexual encounters, or satisfying meals. Dopamine is released in the nucleus accumbens when someone experiences pleasure

Because this region of the brain is engaged consistently when people experience pleasure, scientists refer to it as the pleasure center. As a result, all drugs of abuse, from nicotine to heroin, deliver a particularly intense dopamine boost in the nucleus accumbens. Drug addiction, therefore, is associated with how fast dopamine is released, how intensely it is released, and how reliably it is released.

Because the brain adapts to the effects of a drug, dopamine’s impact over time becomes less significant. As dopamine’s impact over time becomes less significant, the brain’s adaptation causes a reduction in pleasure. Addiction occurs when a person finds that the drug no longer gives him or her as much pleasure as it once did and has to take more of it to achieve the desired effect.

When you take certain drugs, your brain immediately starts to communicate with your body in a different way. Slurred speech, dizziness, blackouts, and fatigue are all among the short-term effects of alcohol. Xanax can make you confused and clumsy in addition to impairing your fine motor skills. You might experience slurred speech after consuming benzodiazepines, such as Xanax.

The brain can become more damaged and last longer as you continue to use drugs and alcohol. Slurred speech, confusion, tremors, and impaired motor coordination are among the long-term consequences of consuming drugs. A range of health problems can also be caused by using too much of the substance. In addition to the dangers of overdosing, there is the possibility of being in a coma or being rendered unconscious.

In a study on nicotine and addiction conducted by Johns Hopkins University, results revealed that some people are nicotine choosers. They stated, “There are certainly individuals who are nicotine choosers and there might be metabolic vulnerabilities that make people one or the other.”

It’s important to note that while no one sets out to become an addict, some individuals are predisposed to abusing drugs and alcohol because of their biological makeup and environmental circumstances.

Addiction Changes the Brain but Asheville Recovery Center Can Help

Many aspects of the brain are affected by addiction. Stimulants, nicotine, opioids, alcohol, and sedatives enter the bloodstream and brain upon consumption. When a chemical enters the brain, it may make people lose control of their impulses or crave a harmful drug. As a result of the intense stimulation of the brain’s reward system, many addicts continue to use the substance; this may cause a wide range of euphoric sensations and odd behaviors. Long-term addiction may result in brain damage or death, as well as a slew of other severe consequences.

If you or a loved one is struggling with addiction, it is important to get treatment. At Asheville Recovery Center, treatment specialists utilize a 12-step program and practice holistic rehabilitation.

Partial Hospitalization Program – At Asheville Recovery Center, we specialize in addiction treatment via various modalities and therapies.Our partial hospitalization program is designed for clients who need post-residential treatment as well as for clients who need primary treatment but are unable to enroll in inpatient programs. Our PHP track offers a variety of therapeutic services and benefits to individuals in early recovery from substance addiction.

Addiction is difficult to overcome alone. If you feel that you or a loved one is struggling with substance abuse or addiction, our specialists are on standby and ready to help. Call and speak with an addiction expert today.

All addictive substances cause an individual to develop a chemical dependence over time. Onceuse of the substance has stopped, uncomfortable, and sometimes painful, side effects occur. This is known as withdrawal. Defined by the American Psychological Association, withdrawal is a syndrome that develops after cessation of prolonged, heavy consumption of a substance, with symptoms varying… 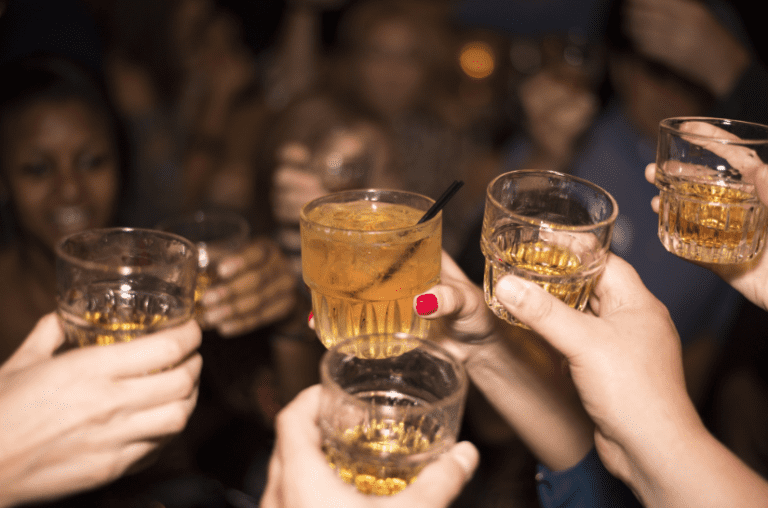 Asheville, along with a handful of other cities across the nation, has been nicknamed “Beertown, USA” for the number of breweries they have in the area. As of 2020, the greater Asheville area had a whopping 48 breweries and is now considered a “party town”! Though Asheville has gone from a small, quiet town to…

The city of Asheville, which is tucked away in the Blue Ridge Mountains of North Carolina, was once a small mountain town. Over the past decade, however, Asheville has seen exponential growth and is now home to an estimated 92,000 individuals. Due to its beautiful surroundings and access to an abundance of nature and outdoor… 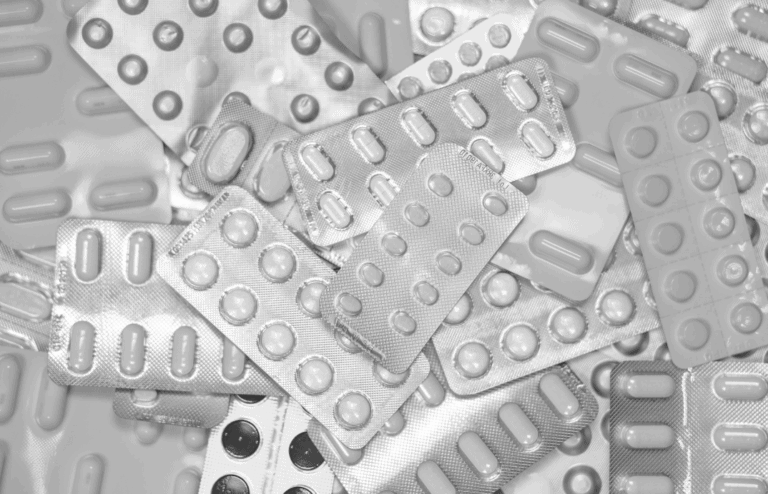 History of Vicodin Vicodin is a blended drug as it combines the synthetic opioid hydrocodone with acetaminophen, a common pain reliever found in Tylenol and Advil. Hydrocodone was patented in 1923 as an effective pain reliever and was widely administered throughout the medical community.  Due to its unwavering popularity, Vicodin was introduced in 1978 as… 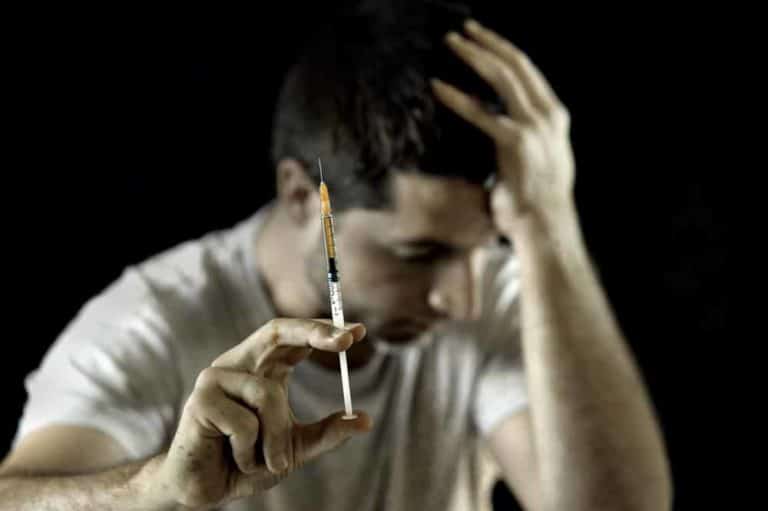