The use of this well-known stimulant has existed since 3000 B.C. when the Inca people discovered that chewing coca leaves native to the region caused an exhilarating effect. In 1859, German Chemist Albert Niemann isolated cocaine from coca leaves, and, by the 1880s, cocaine was promoted across the medical community. Due to its invigorating qualities, the drug was often found in wines, tonics, and even soft drinks. In 1886, the popular soft drink, Coca-Cola, was invented with cocaine being one of its main ingredients. Famous psychoanalyst Sigmund Freud was even a known advocate of cocaine use as a way to combat depression and sexual impotence. By 1905, snorting the substance became the most common method of use which resulted in thousands of cases of severe nasal damage and alerted the medical community. Over 5,000 cocaine-related deaths were reported in 1912 and, by 1922, cocaine was officially banned in the United States. Although it had been illegal for decades, cocaine use escalated in the 1970s and became a designated party drug. At the time, Colombian drug trafficking organizations had a stranglehold on the illicit drug market and a global smuggling network was formed. According to the Foundation for a Drug-Free World, Colombian drug cartels were producing and distributing 500 to 800 tons of cocaine per year by the early 1990s. Large cartels were eventually dismantled only to be replaced by smaller trafficking organizations in which there are currently over 300 active in Colombia. As of 2008, cocaine has become the second most trafficked drug in the world. 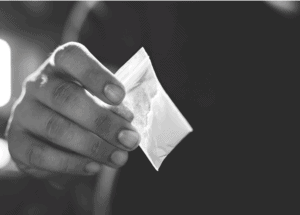 Cocaine can be snorted, taken orally, injected, or smoked. Reactions to the drug occur almost immediately and can last for minutes to hours. The use of cocaine results in a high in which the user experiences:

Long-term cocaine abuse can cause lasting effects and irreversible damage. Such side effects include:

Cocaine use in the United States

It has been reported by NSDUH, the National Survey on Drug Use and Health, that cocaine use has remained relatively stable since 2009 in the United States. According to the National Institute on Drug Abuse, around 913,000 Americans met the Diagnostic and Statistical Manual of Mental Disorders criteria for dependence or abuse of cocaine in 2014 alone. Statistics for cocaine use in 2018 based on age are shown below:

Cocaine is highly addictive and life-threatening when abused; therefore, it is extremely important to seek help immediately if you or a loved one is struggling with this addiction. At Asheville Recovery Center, treatment specialists utilize a 12-step program and practice holistic rehabilitation.

Partial Hospitalization Program – At Asheville Recovery Center we offer a partial hospitalization program for clients who need post-residential treatment as well as for clients who need primary treatment but are unable to enroll in inpatient programs. Our PHP track offers a variety of therapeutic services and benefits to individuals in early recovery from substance addiction. As an inpatient rehab in North Carolina, our day program is full-time, offering all of the clinical hours provided in residential treatment (from 9 am to 5 pm) with the benefit of allowing clients to return home to a structured sober living environment at night. This gives individuals the opportunity to build a community of peers and practice life skills, such as cooking, cleaning, and self-care, while still participating in immersive and intensive clinical addiction and trauma treatment.

Outpatient Rehabilitation – During intensive outpatient treatment, clients live at home or in a sober living residence which can help keep them accountable for their recovery commitment. Our staff coordinates with local, reputable sober living homes to ensure that our clients are living in a safe place and that their needs are being met, even when they are not at clinical sessions. During this time, clients are also encouraged to become involved in local twelve-step fellowships, to find sponsors, and to begin working the steps of recovery through participation in these groups. IOP is a place where clients can process their experiences in twelve-step fellowships and support one another in those individual journeys.

Addiction is difficult to overcome alone. If you feel that you or a loved one is struggling with cocaine abuse, our specialists are on standby and ready to help. Call (828)383-0784 and speak with an addiction expert today.

If you’re looking for behavioral therapy in North Carolina, there are plenty of options out there. The number of options for therapy and treatment can be overwhelming. It’s important to do your research before you start speaking with a therapist and enrolling in treatment programs so you know what you’re getting into. There are a…

Many addictive substances have the ability to cause an overdose, with some posing more risk than others. The likelihood of overdose usually depends on the potency of the drug used. The more potent a substance is, the more likely it is to cause an overdose. If you or a loved one is struggling with substance…

People who are at the start of the addiction recovery process often assume that once they detox and undergo treatment, they’ll be cured. However, they soon learn that sobriety is a life-long process and recovery can be difficult over the long-term. Sometimes, even after remaining sober for years, addicts can relapse. Triggers include major life… 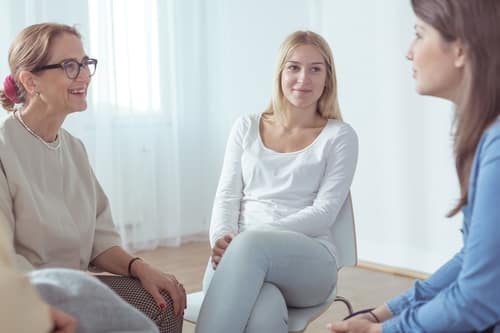 An individual who uses the prescription drug Adderall and abruptly stops is likely to experience uncomfortable, and sometimes painful side effects.These are symptoms of withdrawal. Defined by the American Psychological Association, withdrawal is a syndrome that develops after cessation of prolonged, heavy consumption of a substance, with symptoms varying by substance but generally including physiological,…